Welcome to Part 1 of the Black Diamond Lodge and Tours story. Please enjoy.
Part 1: Were the Rules Made to be Broken? I first moved to Hokkaido in early Dec 1998. Literally a day later, I was at Sapporo Kokusai following some Japanese skiers, ducking a rope and shredding some incredibly fresh lines just to the side of the ski run. I was neck deep and PUMPED, but I just could not figure out why this area was roped off. Why were there so few tracks right next to the tracked run? Was there a giant cliff or terrain trap that I could not obviously see?Having a lift accessed powder field almost all to yourself was a new and somewhat eerie feeling to be sure but cautiously and thanks to local tracks I figured out the lay of the land pretty quickly. Besides the ropes, now that I think about it, there was (and still is to this day) a loud speaker that would occasionally blast a warning in Japanese (and now English and Chinese) to “get back to the course”, to “not ski under the lifts”) which came on I guess when big brother saw you from the lift tower cams. Certainly, that has never seemed to deter the predominantly Japanese locals that ski and ride there.

After hitting up several other resorts and discovering the same pattern of large untracked or “few tracked” areas just beyond the official ski courses (and ropes), and after having a few “discussions” with ski patrol as to why it was roped off, why I felt the crowed courses are more dangerous than the trees and what sort of snow I, the customer wanted to ride that went nowhere, I morally just HAD to visit management and investigate further. I didn’t want to be “that guy”-jin.

I can’t remember exactly which resort management I hit up first, but be rest assured, I hit ’em all. Every resort (at that time) had the same 4 answers:
1.We (the resorts) only lease the ski runs and not the treed areas.
2.The trees are dangerous, you could get lost or hit a tree
3. You might be a good skier/boarder but what about little Johnny (or little Juni as the case may be) who follows your tracks and gets stuck, hurt, or lost who will save them!?
4. “Japanese law is not like your country’s law and self responsibility doesn’t exist here in Japan. Even if its the customer’s fault but they sue us, we will lose”. “This will become our responsibility” and we don’t want that so you cannot ski off-course”. If you don’t like it, please, most honorably, LEAVE.

But wait a minute I thought, there are sooo many Japanese ducking ropes, surely you (the resorts) must know whats going on. If you really wanted to enforce it, you could right? “Those are bad guests” I was told. Are they? I asked myself. Or are they just paying customers who want to use their lift pass to shred untouched pow instead of groomers?

Enter: “mitte minai furi” or “pretending not to see”. After a few days at a few different resorts, I started to figure it out. You can duck ropes, just be sure to not do it when patrol are around, otherwise they will have to bust you. They won’t go out of their way as long as you don’t do anything in their face. All you have to do is be slightly sneaky OR and here’s the ridiculous kicker; if you were a media person(s), you can get special permission and an arm band to ski and film in these off-limit areas!? Rusutsu, Kokusai, Tomamu, Kiroro, Furano and many other resorts allowed media but not paying guests to ski these areas…Talk about a mixed message/false advertising!

So for many many years we played cat and mouse at the resorts we visited…and I hated it. I was a customer  dammit, not an outlaw! (although I have to admit “outlaw” does sound kind of sexy)

No where moreso did I loathe the cops and robbers game than my local resort. This place to me was (and still is) everything. It had the steeps, the cliffs, the natural booters, incredible snow and more importantly the coolest crew ever. This was a place where I met 99% of my friends to this day and was truly (at least for me) the reason that kept me in Japan. There were (and still are) a group of old boyz, the hardcore J crew that had been shredding this local for over 25yrs, playing this silly cat and mouse game +80 days a year. The average age of these guys was around 55 (at that time) and they knew this resort better than any of us and definitely any ski patrol. et here we were, like little 12yr old delinquents yet again, getting out of the tram and turning left instead of right, headed towards “the ski run” this time because patrol happened to be there fixing the “do not enter signs” and fence that we would all walk around or hold up for each other to duck next lift. And annoyingly, once in a while after some unknowing visitor would follow us out to the bowls but fail to realize they need to hit the traverse to get back, resulting in a search and rescue for the poor bugger, the patrol would crack down extra hard the next day and pull the pass of the first person to duck a rope, I’m guessing to teach us all a lesson. Yeah, great job guys!

Then there was Rusutsu. At the start of every season the patrol at Rusutsu would bust a few token skiers and riders for ducking ropes. What a bloody joke. EVERYONE that was there for powder ducked ropes and skied the trees. That’s what Rusutsu was famous for and like I mentioned previously, this is exactly where they would shoot the photos and videos for their promotional material!  Kiroro, which may quite possibly offer the world’s flattest ski runs was exactly the same, the only thing worth riding for intermediate plus riders ( or for anyone who was there for the powder) was the trees. I had been there twice in 10 years and swore to never go back, until I started following the tracks beyond the ropes, it wasn’t so bad!  A few years ago we got banned for a spell by the general manager because our guide (trying to be creative with guests that day due to the upper lifts being closed) apparently made the most horrible mistake you can and traversed a flat section, and was seen from the lift. I guess he broke the first rule of “the powder club”. How can you honestly respect or more importantly understand ski patrol or resort management with this kind of shenanigans going on? To be fair Kiroro does now thankfully offer a real but still developing gate/off-piste system, so thank you very much for that.

Furano resort was the worst. The “elite powder nazis” would meet the local Asahikawa crew I rode with at the bottom of the gondola first lift, stare us down and follow us for the better part of the day. It was inhospitable to say the least, but I’m very surprised about 2 things: 1. that we were still able to score so many amazing powder runs and  2. that a punch was never thrown in either direction.
Furano was the last meaningless stronghold for many years and then one day (3 yrs ago) they flipped 180 and now have one of the best gate policies in Hokkaido… with many of the very SAME ski patrol! Unfortunately I think this decision was based on increasing their dying market share and not passion but we’ll take it! Needless to say, we now LOVE and fully support Furano and from a powder customer’s standpoint, things have never been better!…although I must say I do kinda miss the siren run.
Then you had the “ski mountains” like Asahidake and Kurodake that never even had a gate policy!?  Ski or ride anywhere you want but don’t get lost or hurt because there are no patrol. Confused yet?
Here’s the real reason it is the way it is:
Resorts in Japan only lease ski “courses” from the ministry of forests, and they don’t lease the treed areas between the runs. It’s not cheap either, so the less runs you lease, the better. Technically, the patrol or guests cannot ski between the runs. Obviously the system is flawed, but instead of fixing it the Japanese adapted by “pretending not to see” .
Rusutsu actually made a bold move three years ago and announced that they have officially “changed the rules” and that you were officially allowed to ski the treed areas and anywhere within the resorts boundaries! It was a great step in the right direction, until the ministry of forests found out…and told them to remove all pamphlets, information and web material stating this! Sometimes all you can do is laugh.
You might think to yourself “well if the system works, why change it?”. Besides the confusion for the first time customer and the obvious moral dilemma of breaking the rules, the element of danger is huge.  Because these areas are “off-limits”, there are no safety measures taken and the ski outs can become death traps. There have been times only a few years ago at Kiroro, Kokusai and Rusutsu where I asked management or patrol to please put up some signs or flags to mark the open and deep creek beds that are situated in the middle of these virtual highways that take you back to the ski courses.
Finally we have Niseko, a resort that has created a unique set of “local rules” and gate system after three (reported) accidents involving fatalities occurred between 1998 and 1999. While the rules in principle hold up to any resort in the world, due to overall poor risk management by the resorts and the ministry of forests, there is much left to be desired. Believe it or not, just like all the other resorts, you aren’t actually “allowed” to ski between the runs, but has anyone ever told you that? The areas outside of the controlled gates are also not leased (like yes, even strawberry fields) yet the Niseko Resorts market these areas. For someone coming to Niseko for the first time or having skied elsewhere in Japan these “local rules” might be a bit confusing.  It certainly was for us when we first moved to Niseko and bought the lodge…and it got us into a whole heap o’ trouble but you’ll have to wait for Part 2 for that juice. 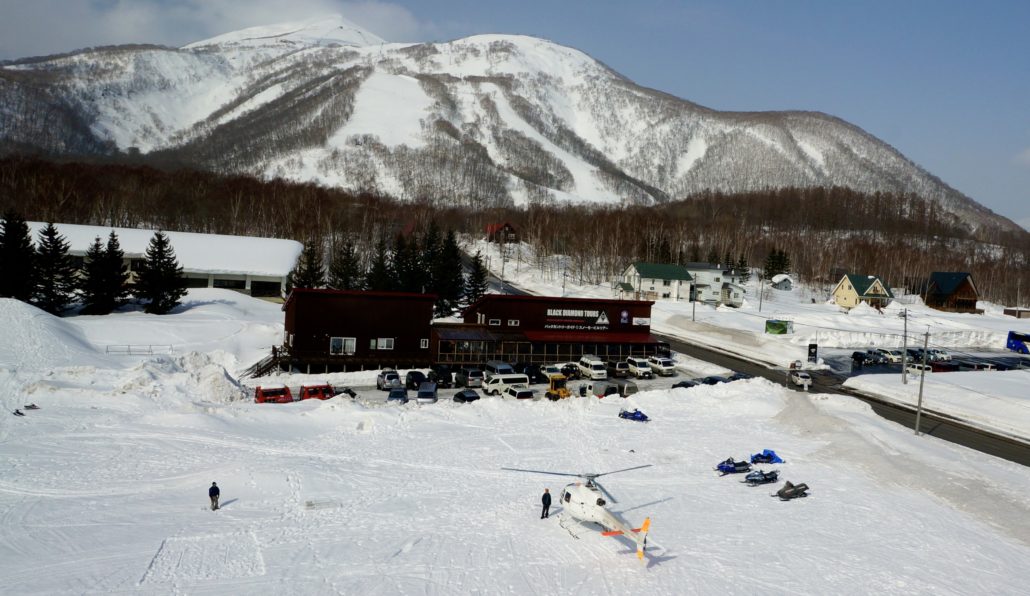